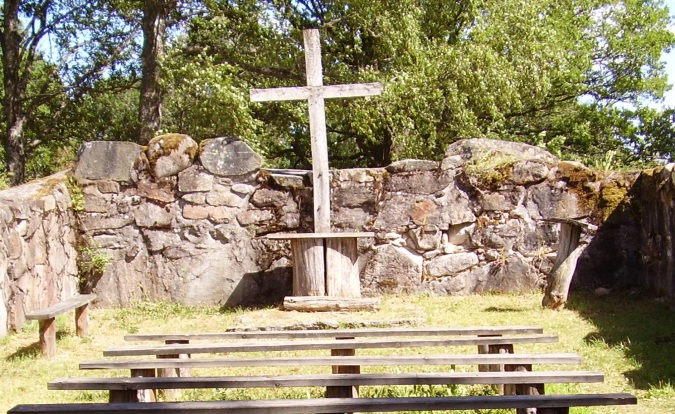 “For the message of the cross is foolishness to those who are perishing, but to us who are being saved it is the power of God.” 1 Corinthians 1:18

God has saved us through the foolishness that is the message of the cross. Did you notice in the passage above, in contrast to the world’s evaluation of the message of the cross as “foolishness,” Paul does not describe it as “wisdom,” which we might consider the natural opposite. He calls it “power.” That’s because this message is not just information that educates us. These words have power that change us. It penetrates our hearts and souls and clashes with what it finds there, and in the end it makes us different people.

But it does so not in a harsh and forced way. The miracle of this power of the cross is that it works through love. Long before evangelical Christians in our country began to make so much use of the term “born again,” they described themselves as people who had been “seized by the power of a great affection” (See Brennan Manning, The Ragamuffin Gospel). And it is the cross, that sign of weakness and failure, that brutal, gory, scary event that shows us the worst mankind has to offer, that opens up to us the full depth of that affection and love of God. It is hard to look at, this is true. It is hard to see the good. But only at the cross can we see that God’s love for us knows no bounds. No price is too much for God if only he can make us his own again. He would suffer death for our sins himself before he would let our sins kill us. He would suffer hell in our place before he would let us suffer hell ourselves. He would pay everything, do everything, give everything necessary to save us before he would let us pay even a fraction of a penny, before he would let us take even the smallest part or make even the smallest sacrifice to set ourselves free from guilt and the punishment our sins deserved.

Maybe that doesn’t make sense. Maybe it seems unjust for an innocent man to die for the guilty. Maybe it seems foolish that one man could die for the sins of a whole world, including those who lived thousands of years before him, and those who lived thousands of years after him. So who’s complaining? God doesn’t ask us to make that message palatable for a world of do-it-yourselfers. He doesn’t ask us to make it reasonable for world that thinks it knows more than it does. Let the message sound as foolish as it does. But know that God loved you so much anyway.

And know that the power of that message still works on the hearts of you and countless others to save us today.