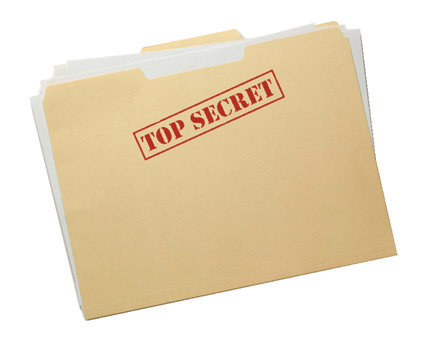 1 Corinthians 2:6-13 “We do, however, speak a message of wisdom among the mature, but not the wisdom of this age or of the rulers of this age, who are coming to nothing. No, we speak of God’s secret wisdom, a wisdom that has been hidden and that God destined for our glory before time began.”

The earth is flat and the moon is made of green cheese. Autumn leaves turn colors because little fairies come out at night and paint them orange and yellow while we are sleeping. Breaking a mirror will give you seven years of bad luck. If I told you that I believe all these things, you would probably think that I was making a joke. If I insisted, you might think that I had finally cracked. If everything else about me seemed normal, you might consider me a fool.

I don’t believe that the earth is flat, the moon is made of green cheese, fairies paint the leaves, or breaking mirrors negatively affects your future. But I know that some of the Bible truths we believe sound just about as strange to much of the world around us. Christian faith leads some to wonder if we have taken leave of our senses.

God’s wisdom and the world’s wisdom often part ways with each other because God’s wisdom is hidden from this age in which we now live. The difference between these two kinds of “wisdom” is not a simple matter of two alternative paths. Jesus Christ–the Way, the Truth, and the Life, the narrow door and the narrow path–is the only way to the Father and eternal life. That is God’s wisdom. The general equality of all world religions is the world’s wisdom, or worse, the generic, empty “spirituality” more and more people are adopting. These lead neither to God nor to life. To quote Paul’s words here, “they are coming to nothing.”

But they are packaged and marketed to you and me in a way that make them hard to resist. They keep wearing away at our resistance. The spin is that if you adopt the world’s wisdom, you will be more popular, you will have more fun, you must be more intelligent, you are more just or fair. If you reject the world’s wisdom in favor of God’s, you are an extremist, intolerant, someone who thinks you are better than others, or just plain ignorant. It’s a great marketing campaign, maybe the best that ever was. You feel its tug, don’t you.

In contrast, Paul’s “message of wisdom” is talking about the gospel, God’s “secret wisdom.” The Lord of glory was crucified for us. Look at the facts of Jesus’ life. If God didn’t intervene in human history, who would have known about this person named Jesus who lived and died in the obscurity of Roman occupied Israel? When Jesus was born, who would have known unless God sent angels to tell the shepherds, “Today in the city of David a Savior has been born to you. He is Christ the Lord.” When Jesus died on the cross, who really believed they were crucifying the “Lord of glory”? Even his disciples seemed to have given up on the idea. When Jesus rose again, it took the intervention of angels again to convince the women that the body was alive, not stolen. And the disciples didn’t believe until Jesus began appearing to them himself. Without God’s own intervention, this all would have remained God’s little secret.

More than these historical facts, God’s secret wisdom includes the meaning of Jesus’ life, death and resurrection. His secret wisdom is the thing God was doing for us. God entered our world as one of us, paid for all our sins by his own death, freely forgave every sin and set us free from them, made life and immortality our own as his gift. Who would have guessed that? Grace is the operative word for our relationship with God. It is our confidence of his love, our hope that we will live with him. It is not “obedience,” or “purpose,” or “effort,” or “sincerity,” or “passion.” It is grace, God’s gift-love, that has been hidden from the ages, including our own.

One commentator has noted, “No heathen people ever conceived a god who would actually take care of those who placed their reliance on him.” They live in fear, not faith. They have to work their magic and pay their dues to keep their gods happy and themselves safe. A God who freely loves them as a Father, and freely forgives? That’s our message, Paul says. That’s God’s wisdom. By giving us the gospel and leading you to faith, God has let you in on this secret.

It’s not a secret that he wants us to keep.