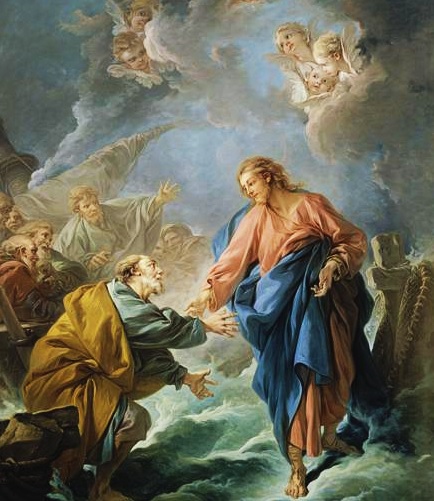 Genesis 15:6 “Abraham believed the Lord, and the Lord credited it to him as righteousness”

If you were asked what our world’s number one problem is, what would you answer? The destruction and pollution of our environment? The aggression of evil dictators? The brooding nationalistic hatreds we see in places like the Middle East?

What’s the most serious concern for our nation today? The ballooning problem of political scandals? Racial division and disunity? The ever-unraveling fabric of our moral values?

What is the biggest danger facing our church? The lure of worldly pleasures? Lack of interest in spreading the good news?

Might I suggest one common problem that, more than anything else, endangers our world, our nation, and our church?

Lack of trust in God.

For as much as people talk about “faith” today, very little of it seems to be demonstrated. Our nation even prints “In God we trust” on our money. But in order to be useful, it has to be more than a slogan. It has to be, as Luther once defined it, “A living, daring confidence in God’s grace, so sure and certain that the believer would stake his life on it a thousand times.”

Let’s not be mistaken. The main purpose of faith is not to solve all our world’s, our nation’s, or even our church’s problems. Faith deals first and foremost with an immensely bigger problem–my personal sin.

Faith, on the other hand, is God’s tool to establish a different relationship with us. It is by faith that God makes the life that Jesus lived for us, and the death that Jesus died for us, our own life and our own death.

That is why, even before Jesus lived and died, the Lord could say of Abraham, “Abraham believed the Lord, and the Lord credited it to him as righteousness”.  When God’s promises awakened faith in Abraham’s heart, God established a new relationship with Abraham. He counted sinful Abraham as a righteous man by viewing Abraham as though Abraham were really his own perfect descendant, Jesus Christ. By faith we still enjoy the same gift of God nearly 4000 years later.

Once faith has changed our relationship with God, it changes our relationship with everyone else as well. Luther said, “Because of it (faith), without compulsion, a person is ready and glad to do good to everyone, to suffer everything, out of love and praise to God who has shown him this grace.”

Abraham’s life revealed this, too. Because Abraham trusted God, he pleaded with God to spare Sodom and Gomorrah, he went to great lengths to get a godly wife for his son Isaac, and he was even willing to sacrifice his son Isaac if the Lord called on him to do so.

Think of how different life would be in a world where everyone so trusted God.  If people really trusted God’s warnings against greed, and hatred, and lust–if they really trusted God’s promises to forgive, and to provide, and to bless–wouldn’t our world, national, and church problems evaporate as a result of such changed lives?

Faith is not the product of the United Nations.  There are no government agencies involved in its production. God hasn’t given them this responsibility, either. Faith is the work of the Holy Spirit, the result of preaching God’s word, and that is the business of the Church. Hear his word, and let him do his work.