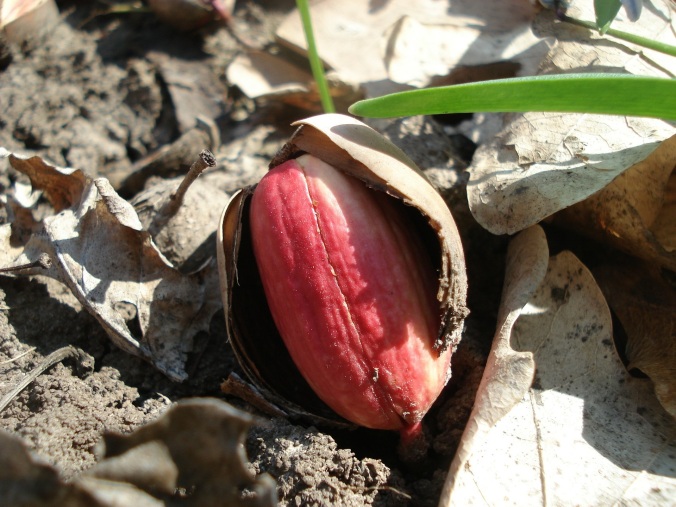 John 12:23-24 “The hour has come for the Son of Man to be glorified. I tell you the truth, unless a kernel of wheat falls to the ground and dies, it remains only a single seed. But if it dies, it produces many seeds.”

When a seed is planted, it gives up all it has, its entire existence, to support the new plant. The seed itself “dies” as the new plant emerges, and eventually the seed disappears as the plant draws its life out of the seed. But the plant, in turn, produces a whole crop of new seeds. Death leads to multiplication.

Jesus is like that seed. Like the seed he gave up everything. He gave up the privileges of Godhood to live here as a common man. He gave up his rights and freedoms as God’s Son to live in obedience under the authority of Mary and Joseph, and his local rabbis and elders, and the Roman rulers. He gave up his time to teach and heal and love the people of Judea and Galilee. He never really got a day off. His students, his disciples, even lived with him. Ultimately he gave up his Father’s love, and his special relationship as the Father’s Son, to know God’s anger at our sin, and suffer the hell which we deserved. And after he had tasted such spiritual death, he gave up his spirit, and when they took his naked body off the cross, for he had given up even his clothes to the Roman soldiers, they placed that lifeless body in a borrowed tomb, because he had nothing left to give.

He gave it all up for you. “Unless a kernel of wheat falls to the ground and dies, it remains only a single seed. But if it dies, it produces many seeds.” What if Jesus had never died? What if he had been spared all this pain, and suffering, and sacrifice? Then he would have remained only a single seed, the only one that God considered his child and Son. It certainly would have been easier for him, but you and I would have no spiritual existence– at least there would be nothing positive about us spiritually. We would have no standing as God’s children. Our sin has made that impossible without him.

“But if it dies, it produces many seeds.” In God’s heavenly system of accounting, Jesus death cancels out all the debt we owe for our sins and sets us free from death itself. While Jesus’ death looks weak, and worthless, and impotent, this great act of love actually has such power that the mere news of it miraculously takes hold of human hearts and transforms rebellious sinners into believing children of God. In all this world, there is no greater power than Christ’s own self-sacrificing love. You and I are the seeds which Jesus’ loving sacrifice has produced. We are the adopted sons and daughters of God, and we are only a small part of a family so big, a harvest so fruitful, that when the Apostle John saw it in the book of Revelation, he described it as a great multitude that no one could count. This is the glory of our Savior’s death. This brings glory to our heavenly Father’s name.