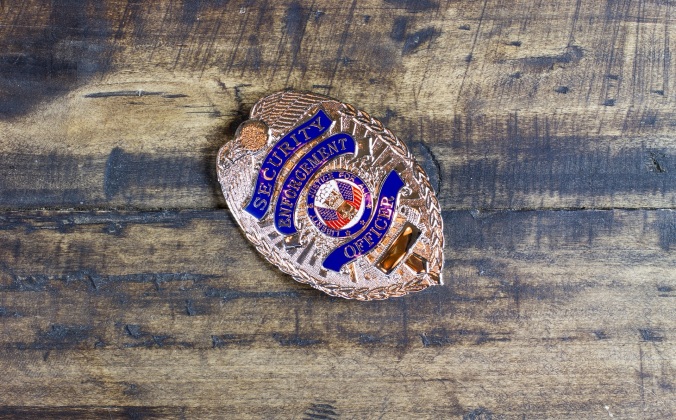 Mark 6:7 “Calling the Twelve to him, he sent them out two by two and gave them authority over evil spirits.”

Nothing stops us from opening our mouths and sharing our faith so much as a simple lack of courage. Jesus, however, wants to supply everything our hearts need to speak up. Why should these twelve men believe they had any business talking to other people as God’s spokesmen? Isn’t it because they were sent out by Jesus, God’s own Son? They had been commissioned for this work by God himself. They had every reason to believe Jesus was backing them all the way.

You and I have not been sent in exactly the same way these men were. Most who are reading this have not been called to the full time preaching ministry like they were. We haven’t been given the same leadership role in God’s Church. Jesus didn’t come to us directly and tell us to go and preach.

That doesn’t mean Jesus won’t back us up just the same. Jesus called you to faith. He led you to the light of the gospel. You did not see him with your physical eyes, but you saw him in his word through eyes of faith. Now you are the kind of people he is describing when he says, “You are the salt of the earth…. You are the light of the world…. Let your light shine before men” (Mat 5:13-16). You are the “royal priesthood,” the “holy nation,” the “people belonging to God” that the Apostle Peter describes in his first letter, “that you may declare the praises of him who called you out of darkness into his wonderful light” (1 Peter 2:9). If you believe in Jesus as your Savior, then you have been deputized. You have official standing as one of his ambassadors. He is standing behind your words and commissioning you to go and speak.

Have you ever noticed that policemen have a certain air of command and confidence about them? When the officer comes up to my car window and asks to see my license, I am the one who is nervous and unsure. He is brimming with authority and confidence. Why? He is wearing the badge. He doesn’t represent himself. The whole legal system stands behind him. He has been commissioned by a higher authority. He speaks for a higher power.

Jesus has given you a badge, so to speak, the badge of faith you wear inside your heart. You have been commissioned by a higher authority. You speak for a higher power. You have every reason to speak with courage and confidence, because you have Jesus on your side, and you are speaking for him.

For the disciples, that authority was demonstrated in a dramatic way. Jesus gave them authority over evil spirits. No doubt that was a powerful confidence booster. In the past they had seen these same spirits force human beings to live like wild animals, to perform superhuman feats of strength, to throw themselves into the fire or cut themselves on rocks and stones. Now the spirits had to do what the disciples said. How could their hearts help but take courage as they traveled and preached their message?

Does that mean that we are missing something? Does our witness have less authority? I have never seen a demon driven out, though I’m sure it must be an impressive sight. But I have sat in a room where people didn’t really know Jesus and watched the gospel lead them to profess their faith in him. I have seen that word soften the hearts of skeptics and open them up to God’s love for them. I have watched the word grow people up in their faith and love through years of exposure. The Apostle Paul says that the Gospel is the power of God for the salvation of everyone who believes. The gospel you and I speak is still powerfully changing hearts and lifting them from hell to heaven. That is a great encouragement for our hearts, the essential part of what we need to be Jesus’ witnesses.