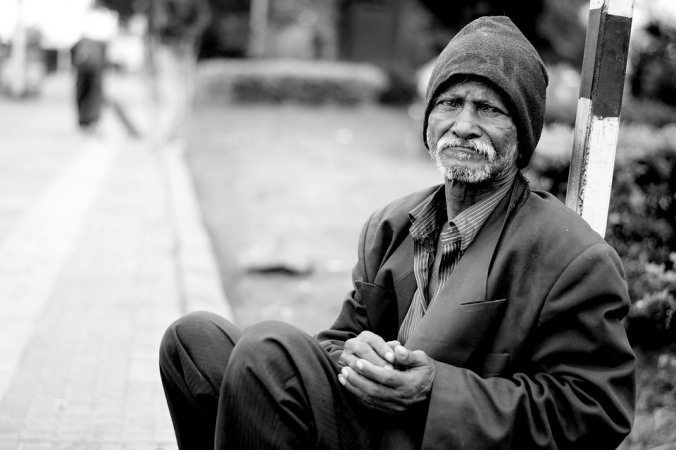 We are believers in our glorious Lord Jesus Christ. Consider what we know about the way that he has treated us. Doesn’t Paul tell us in Romans 5, “You see, at just the right time, when we were still powerless, Christ died for the ungodly. Very rarely will anyone die for a righteous man, though for a good man someone might possibly dare to die. But God demonstrates his own love for us in this: While we were still sinners, Christ died for us.” Were we likely candidates for God’s favor when we were powerless, unrighteous, and still sinners? Did we have anything to offer to God? And yet, “You know the grace of our Lord Jesus Christ, that though he was rich, yet for your sakes become poor, so that you, through his poverty, might become rich.”

But this grace and forgiveness that our glorious Lord Jesus Christ freely offers for all sin, including our discrimination, and the eternal treasures of heaven he has given us as a result are not just for some select group that we have formed. James continues, “Listen, my dear brothers: Has not God chosen those who are poor in this world to be rich in faith…” God has a way of choosing people for the faith, and building them up to serve him in that faith, that bursts all our stereotypes. Biblical examples abound: David started out as just a simple shepherd boy. Moses was the son of slaves, and God had to make him poor again after he wound up in the Egyptian royal family before he could use him. Most of Jesus’ 12 disciples were working class men. Paul described the first congregation in the city of Corinth this way: “Brothers, think of what you were when you were called. Not many of you were wise by human standards; not many were influential; not many were of noble birth. But God chose the foolish things of the world to shame the wise; God chose the weak things of the world to shame the strong. He chose the lowly things of this world and the despised things–and the things that are not–to nullify the things that are.”

Are our own congregations that different? Some of us may have grown up in homes of privilege, and perhaps most of us weren’t born into abject poverty. But by and large we were very ordinary people from very ordinary backgrounds. And yet, God has taken some very ordinary men and women and made them rich in faith and raised them up as leaders in his Church. The children of farmers and ranchers and factory workers, who come from single parent homes, or broken homes, or had to be raised by other relatives, whose parents or grandparents had no more than a grade school education–God has raised up people like these among us, and filled them with faith, and turned them into church presidents, and council men, and teachers of the faith, and even inspired some to prepare for full time ministry in his kingdom.

Is that not ample encouragement to throw out our stereotypes when God leads someone whose dress, or color, or mannerisms don’t quite match our own to walk through our doors on Sunday morning? When I look at not only the faith he has given to me, but the faith he has given to others around me, then I begin to share the urgency of James’ command, “Don’t show favoritism.”