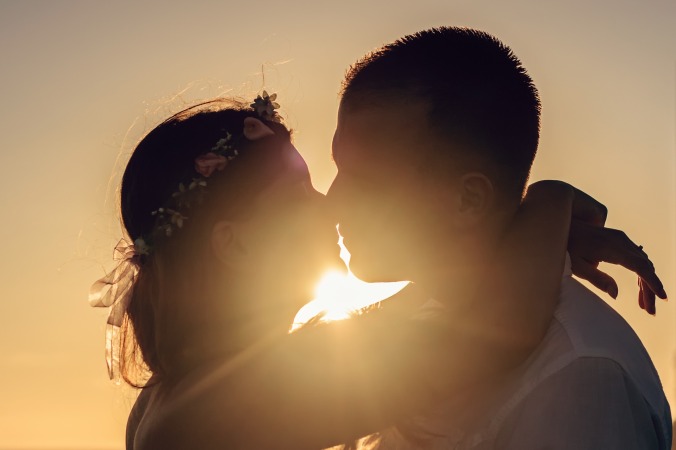 Holiness involves many areas of Christian behavior. Here Paul starts with avoiding sexual immorality. It is no secret to you that the world in which we live doesn’t have very high standards or expectations on this topic. Don’t get pregnant if you are not ready to be a parent. Don’t get a disease or share a disease. Don’t force yourself on someone else. Otherwise it is pretty wide open. It may not be bad advice, so far as it goes. But to say that this falls short of holiness would be a gross understatement.

The problem is that the world doesn’t share God’s understanding of the purpose for our sexuality. Some view it as little more than a way to feel good and have fun. It is an urge to satisfy. Many see it as a way to express affection for another human. That’s better, but still lacking.

At the core of the world’s problem is the view that it is primarily something I use and control for my pleasure. At a rally intended to address issues that face women, a number of participants held up signs referring to their private areas and expressing sole ownership and decision-making power regarding their use. Setting aside some of the crude language, if the point is that no man should be able to force his wishes on them, we can agree. If such declarations of independence discount any plans and purposes God may have for their bodies, we are obligated to disagree. But the problem doesn’t start there.

For thousands of years worldly men have stalked and used women for their own pleasure. Their intentions have been entirely self-centered. They treat women more like a thing than a person made in God’s image and a coheir of the gracious gift of life. They brag about their conquests. They fail to acknowledge that God has a divine purpose and plan for human sexuality, and that this falls within narrow boundaries.

God has clearly tied new human life to our sexuality. It may not be his only purpose. It may not always result in offspring. But any attempt to pretend the connection doesn’t exist is missing something that even basic biology ought to make clear.

God created this kind of contact to cement and solidify a life-long relationship between a man and a woman. It is, by far, not the only thing that strengthens the relationship, but it is an important piece of the puzzle. That relationship would make for a stable home in which to raise children. That relationship would make for a stable society. That relationship should be a classroom in which both men and women learn things like patience, sacrifice, loyalty, and service. God has a purpose, a vested interest here. His holy people, and that means every believer, avoid sexual behavior that is predatory, self-serving, destabilizing to marriage and family, or reinforces shallow rather than life-long relationships. To say it plainly, God’s holy people avoid sexual sin by limiting sexual relations to the person of the opposite sex to whom they are married.

This, as you know, is difficult, even for Christians. If it were easy, Paul wouldn’t have to put it in writing. Such self-control doesn’t some naturally to us. An old professor of mine once remarked, “Nobody I know has a spiritual track record free of sexual stumbling.” It makes me wince to admit it, but he is right, isn’t he. Even if we have controlled our outward behavior, have we shared God’s holy purpose?

For our guilt we need to remember that God not only wants us to be holy. He has made us holy in his Son. Paul says it beautifully to the Ephesians, “Christ loved the church and gave himself up for her to make her holy, cleansing her by the washing with water through the word, and to present her to himself as a radiant church without stain or wrinkle or any other blemish, but holy and blameless.” Jesus is the gentleman who respects and cares for his bride, the church. He gave himself up for our sin. He washes us and cleanses us in his baptism. His grace makes us holy, and it invites us to apply ourselves to living holy lives.