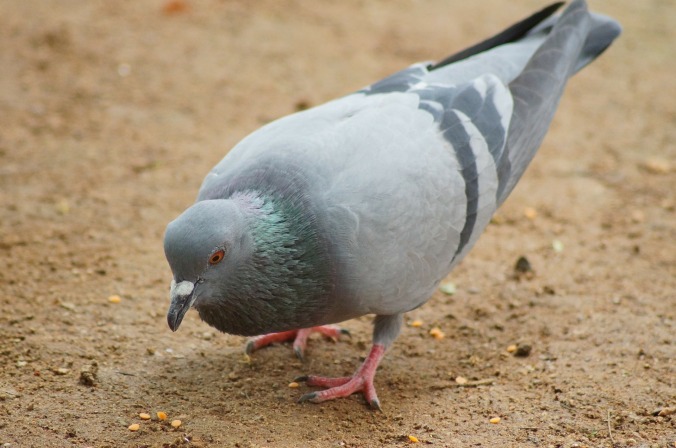 Luke 8:5, 11-12 “A farmer went out to sow his seed. As he was scattering the seed, some fell along the path; it was trampled on, and the birds of the air ate it up….The seed is the word of God. Those along the path are the ones who hear, and then the devil comes and takes away the word from their hearts, so that they may not believe and be saved.”

During archaeological excavations of Herod the Great’s palace on Masada in the mid-1960’s, a cache of Judean date palm seeds was discovered. The Judean date palm tree became extinct 800 years ago. For forty years this cache of seeds was stored at an Israeli university. In 2005 three of the seeds were planted, and one of them has grown into a tree that has been nicknamed “Methuselah.” The hope is that by the early 2020’s this tree can be crossbred with its nearest contemporary relative to produce fruit. After 2000 years this dry, hard, apparently lifeless piece of plant material has produced new life.

Seeds are little miracles of creation. Something that looks so simple, just a little ball of ordinary material to the naked eye, possesses the power to transform itself into a living thing thousands of times its size, complex in shape, beauty, and function. Seeds make a fitting picture for the word of God in Jesus’ Parable of the Sower. Something that looks ordinary and small–just some words, a simple message–has the power transform itself into a new heart, a changed man, a life that never ends. But it doesn’t always turn out that way…

The first time the devil appears in the Bible, the first words out of his mouth are, “Did God really say…?” Since that time attacking God’s word has been central to his business. It’s no surprise, then, when Jesus explains the first part of his parable this way: “The seed is the word of God. Those along the path are the ones who hear, and then the devil comes and takes away the word from their hearts, so that they may not believe and be saved.” The devil has ways of hardening the heart and snatching the word away before it can do any “damage.” He makes the word sound unreasonable. I mean, miracles and magic are fine for fairy tales. Prince Charming can kiss the princess and bring her back to life. But the dead leaving their graves and rejoining the living? Maybe in a horror flick. Grown ups don’t put stock in that kind of thing, do they?

Or, he pits the word against our personal experience. “Honor your father and mother.” Yeah right. Maybe in some 1950’s Leave-It-to-Beaver family. Dad was a workaholic, and mom was an alcoholic, and neither cared about anyone but themselves. “He will command his angels concerning you to keep you in all your ways; they will lift you up in their hands, so that you will not strike your foot against a stone.” So where were they when the car accident left me with chronic back pain, or robbed me of 80 percent use of my right hand?

Or he makes the word seem foolish and unappealing. “Blessed are the poor…those who mourn…the meek.” “If your right hand causes you to sin, cut it off and throw it away.” “Love your enemies and pray for those who persecute you.” “Unless you repent, you too will all perish.” “Unless you eat the flesh of the Son of Man and drink his blood, you have no life in you.”

By stirring up false human reasoning, flattering shallow human goodness, appealing to selfish ideas about “fairness,” inflating the idea that “I’m a good person–I deserve better,” the devil hardens human hearts and snatches God’s word away. He goes over the heart like a steam roller, making it hard to the idea that I am a sinner who needs God’s grace; or that there is such a thing as God; or that God is loving, forgiving, good, and kind. In this way the greatest gift ever given, Jesus’ selfless sacrifice on the cross, sits like seed on a concrete slab. It might be heard, but it won’t be considered or believed. Satan has effectively snatched the seed away.

This isn’t so much a description of you or me. If you are reading this, chances are you are a believer with a heart opened by God’s grace to what his word says. But next time you find your sharing of God’s word bouncing off someone’s heart and falling to the floor, remember Jesus’ picture.

Then remember that there is more to this story…