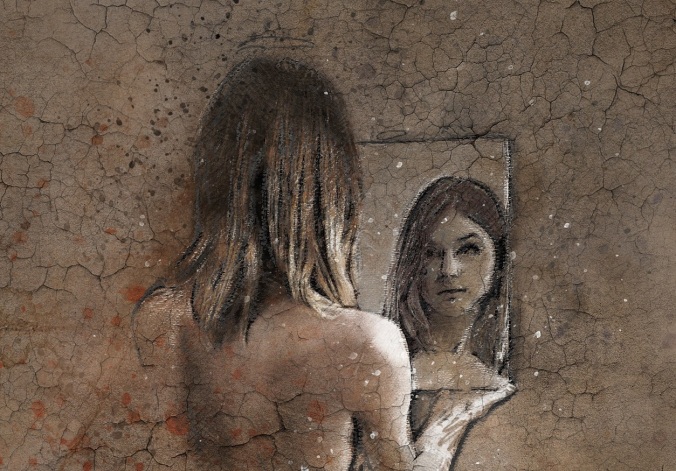 Colossians 3:7-10 “You used to walk in these ways, in the life you once lived. But now you must rid yourselves of all such things as these: anger, rage, malice, slander, and filthy language from your lips. Do not lie to each other, since you have taken off your old self with its practices and have put on the new self, which his being renewed in knowledge in the image of its Creator.”

There is a difference between stumbling into a sin out of weakness and living in it as your regular, accepted practice. The difference isn’t the sin itself. That is equally wicked and dangerous in either case. The difference has to do with the heart. In one case the heart is on God’s side fighting the sin. In the other case it is opposing God by making sin a way of life and has no intention of changing.

Paul is not trying to excuse us or make light of the sins we continue to commit when he says, “You used to walk in these ways.” He’s not just trying to let us off the hook. But so long as we struggle against sin in faith, this is true. It’s not our way of life. We haven’t removed ourselves from God’s grace and forgiveness. We don’t live under God’s wrath. This urges us all the more to slay our sin, to put it to death in repentance.

Paul wants to assure us that we can do this. “Do not lie to each other, since you have taken off the old self with its practices and have put on the new self, which is being renewed in knowledge in the image of its Creator.” I want you to note a couple of things that give us the confidence we can live a new life and put to death the old. First of all, note the tense of the verbs. You have taken off the old self. You have put on the new self. That’s in the past. These are accomplished facts. You are not who you used to be. Your sinful nature died with Christ. You are someone new, a holy person God sees with him in heaven.

You have been given the power to live a different kind of life now. Someone has well said that we aren’t human doings, we are human beings. The key to living the godly life we want to live is not so much in what we do. It is in the new people God has made us to be by his grace.

Secondly, look at how that new self is described: “…being renewed in knowledge in the image of its Creator.” God is constantly working with this new you. He is making it new over and over again. In fact, this new self is the image of God himself that was lost when Adam and Eve fell into sin. You may remember that when God first made Adam and Eve, they were in the image of God. Morally and spiritually, they were little copies of God, thinking the way God thought and wanting what God wanted.

As we slay our sin in repentance, and believe the good news that God forgives us and decrees us to be his holy people, that is exactly what is happening to us. We are in the process of being made into little spiritual and moral copies of God in his image. That means we can live like people to whom God has given new life.

Baseball legend Yogi Berra had an endearing penchant for stating the obvious. Someone was once telling Yogi about a Steve McQueen movie, to which he replied, “He must have made that before he died.” That would be right. He made the movie before he died. Obviously. It’s not so obvious that the Christian life does not begin until after we have died. By faith we die with Christ to sin. By faith he raises us to a new life of love. Let’s die and rise with him each day.