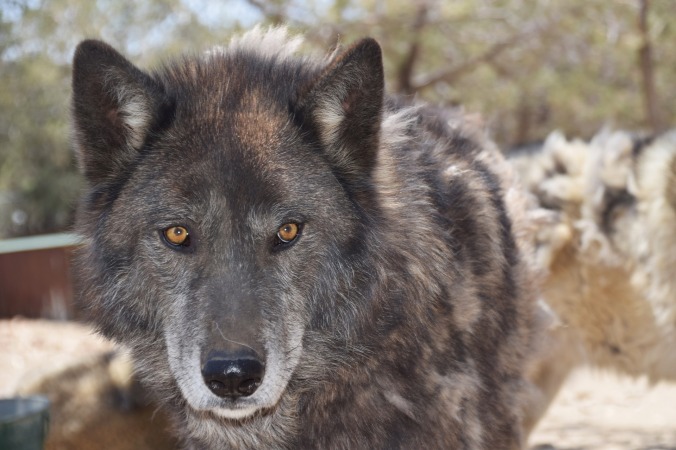 Matthew 7:15 “Watch out for false prophets. They come to you in sheep’s clothing, but inwardly they are ferocious wolves.”

False prophets come dressed in deceptive camouflage. Jesus’ picture of sheep’s clothing suggests a couple of things. First of all, Scripture often refers to us, God’s people, as his sheep. False prophets try to make themselves look they are part of main stream Christianity. They want us to believe that they are just one of us.

Sometimes people have the idea that Jesus means to warn us about the prophets of some obvious, far out false god. And it’s true that the message of such people would be false. But Scripture usually uses this term to refer to prophets who claim to be representing the true God, the God of the Bible. For example, in the Old Testament, the prophets of the false god Baal aren’t called false prophets. They are called prophets of Baal. There was no “sheep’s clothing” covering them.

The false prophets were men who claimed to speak for the Lord, but who made up their own messages. They were the kind of men Jeremiah once described: “I am against the prophets who wag their own tongues and yet declare, ‘The LORD declares’” (Jeremiah 23:31). They were the kind of men the Apostle Paul had in mind when he warned the elders of the church in Ephesus, “I know that after I leave, savage wolves will come in among you and will not spare the flock. Even from your own number men will arise and distort the truth to draw away disciples after them. So be on your guard!” (Acts 20:29-31).

When we are watching out for false prophets, we need to keep our eyes trained on the Christian church, and even our own congregations! In fact, I don’t take offense when people keep a close eye on me to see whether I am a sheep, or merely dressed in sheep’s clothing. It’s what Jesus tells us to do.

The second thing to note about Jesus’ “sheep’s clothing” picture is that sheep are rather harmless animals. When I was a little boy and visited my grandparents’ farm, they always warned me to watch out for the buck if I visited the sheep pen, because he might knock you down. But by and large, sheep are not dangerous, and false prophets do their best to look as safe and harmless as they can, too.

Maybe that’s why we are tempted not to take Jesus’ warning too seriously. All the religious leaders we know seem like nice guys. They are people persons. They are warm, sincere, and caring. They are interesting to listen to. I’m not saying that there is anything wrong with those traits in and of themselves. But they can lead us to lack a proper dread of what is false. We are sinfully lackadaisical when we ignore the danger to our own souls.

That’s why Jesus’ picture illustrates the need to recognize them. “They come to you in sheep’s clothing, but inwardly they are ferocious wolves.” Even city slickers know that sheep and wolves are natural enemies. Wolves don’t just hurt sheep. They are more than an annoyance. They want to have them for dinner. Wolves kill.

And so do false prophets. They are spiritual murderers. Not everyone who hears their messages may be lost. Wolves don’t catch every sheep they stalk, either. But Jesus’ picture makes it clear that watching out for false prophets could be a matter of spiritual life and death.

Jesus didn’t give up his life to pay for the sins of the world just to let false prophets keep us from enjoying that gift. He freely gave us spiritual life to spare us from the spiritual murderers. He invested himself in doing everything necessary to make us members of God’s flock to protect us from the wolves who want to chase us back out again. He warns us about false prophets not to make us judgmental, but to make us safe. His words are no idle warning. They are a necessary consequence of his seeking love. Watch out!