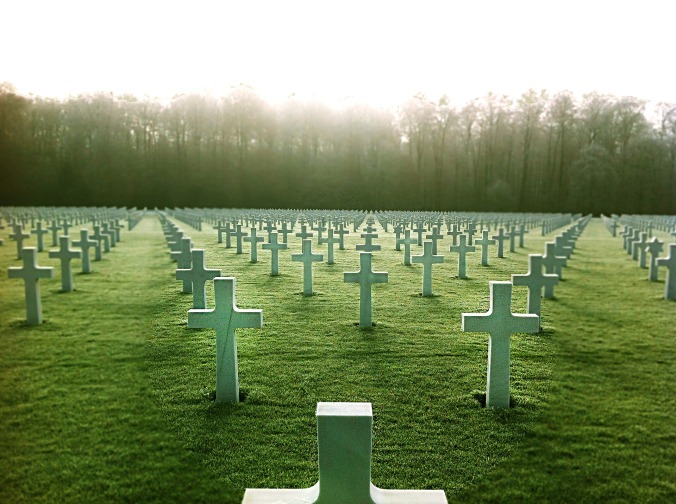 2 Timothy 1:9-10 “This grace was given us in Christ Jesus before the beginning of time, but it has now been revealed through the appearing of our Savior, Christ Jesus, who has destroyed death and has brought life and immortality to light through the gospel.”

Jesus did not reveal God’s grace as a teacher of theoretical theology. He didn’t come as a prophet to tell us about “Providence,” or the “Divine,” or abstract “spirituality.” He is God. When Jesus came into the world, God was saying, “Here I am. I am living in your world. I am getting involved in what you call history. Look at me, because the things I am doing, I am doing to save you, because I love you.”

Those things God did to save us culminate in Jesus’ resurrection from the dead. Paul describes Jesus as the one “who has destroyed death and had brought life and immortality to light through the gospel.” Paul also wrote in Romans, “Sin entered the world through one man, and death through sin, and in this way death came upon all men, because all have sinned.” But when Jesus died on the cross, he paid the penalty that our sins deserved. “He himself bore our sins in his body on the tree.” He is the atoning sacrifice for our sins. By paying for our sins and bringing us forgiveness, Jesus has said to death, “You’re fired! You are no longer the everlasting jailer of my people. You are no longer the executioner who makes them pay for what they have done. I have declared them all innocent. You may go now–we will no longer be needing your services.” So it is that Jesus himself rose from the dead to show us that death was done.

But doesn’t Paul say that he has destroyed death? Don’t people still die? How can we say that death has been destroyed? It hasn’t gone away. Answer: To destroy something does not mean that it completely ceases to exist. If we destroy a building the pieces of wood, steel, and concrete don’t disappear into nothingness. The “raw materials” are still here, but it sure doesn’t function like it used to anymore.

Since Jesus has destroyed death for us, the raw material is still here. People stop breathing, their bodies become motionless, and then they decay to dust. But death surely doesn’t function like it used to! There is no eternal separation from God, no eternal corruption of the body, no endless agony in hell.

Jesus has brought “life and immortality to light through the gospel.” We’re not going to die forever. We’re going to live forever. That’s not an endless extension of life as we know it now– slowly watching our powers fade and health decline as one body part after another becomes weak and unstable and finally shuts down altogether. A million years after our resurrections we are not going to be virtual zombies, little more than skeletons wishing we were dead. We will be just as alive, just as healthy, just as strong as the day Jesus gave us our lives back again. We will spend eternity in our prime, because Jesus gives us life and immortality.

That is the end result of God’s grace, the product of his eternal and unconditional love. Can we put a value on that? Look at what we pay just to put death off for a little while. When the bill came for my son’s first three weeks of cancer treatment, it was over $100,000. Jesus destroys death and gives us life and immortality by his death and resurrection, and he gives it to us for free! But it isn’t cheap. It’s priceless. Nothing else we have could be more valuable, no matter how much we pay.