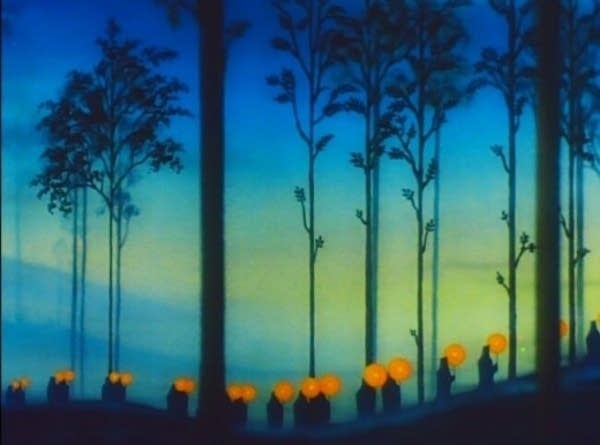 The people to whom Peter was writing these words were Gentiles. They were scattered through Roman provinces like Pontus, Galatia, Cappadocia, Asia, and Bithynia, areas that make up the modern nation of Turkey. Like us, each of these Christians had grown up as part of a certain family, a certain race, and a certain nation. They had a history and a culture that bound them together with other people. No doubt they took pride in the nation of their birth. How could Peter say that they were not a people?

Let’s look at this from God’s point of view for a moment. In the past there had been nothing that united these individuals from Pontus, Galatia, Cappadocia, Asia, and Bithynia with each other, with the possible exception that by nature they were all God’s enemies. There was nothing about being born a Cappadocian, or a Bithynian, that made you any closer to God. Whether individually, or as citizens of their native land, to God they were simply part of that great mass of people who followed idols. They were lost. Before God, they were nobodies.

Now let’s update the setting to our own day for a moment. Many who are reading this are citizens of the United States of America. There is nothing wrong with appreciating the fact that you are a citizen of one of the most powerful nations on earth, the land of the free and the home of the brave, the great melting pot. But none of this means anything to God. I used to live in Texas. There was a joke about a phone call from Texas to heaven being cheap, because it was a “local” call, not long distance. There may be very good civic reasons for taking a certain pride in the state of one’s birth or residence, but Texas is no closer to heaven than any other spot on earth. (I am sorry if that comes as a surprise or disappointment to some of you). Other points of pride get us no closer to the Lord. It makes no difference to him that your grandfather was a minister, or that you are a shirt-tail relative of the president, or that you graduated with the highest GPA in your class, or that you have a six-figures income.

Why? Jesus once told Nicodemus, “Flesh gives birth to flesh, but the Spirit gives birth to spirit.” Our flesh and blood birth or existence doesn’t make us spiritual children of God. Regardless of who we are or where we come from, by birth we are no different than members of Al-Qaeda, or shooters who commit mass murder at an elementary school, or any number of other sinister characters. To God we were not a people. We were lost. We were nobodies.

So what’s God trying to do, damage my already fragile self-image? In one sense, yes. He wants to destroy it altogether. But in another sense, no. He simply wants us to stop trying to find it in the sinful and prideful places we go looking all too often.

You see, Peter reminds us, “Once you were not a people, but now you are the people of God; once you had not received mercy, but now you have received mercy.” Now you and I are God’s people. Now you and I have been shown mercy. Now we are somebodies! Jesus has made us very important persons (or people) in God’s eyes. When he redeemed us from our sins at the cross, he did more than free us. He claimed us. He made us citizens of a better country, a heavenly one (Hebrews 11:14-16). He made us members of his own noble family. It is not arrogance to say that this citizenship and this family truly are better than any other on earth. It’s not bragging. It’s just a fact.

We wear this new status with humility since we know God took us from nothing. Our place among God’s people is purely a gift. Still, this new identity belongs to us now, and it is only proper that we embrace it, enjoy it, and put it to use. It is no small honor to be the people of God.