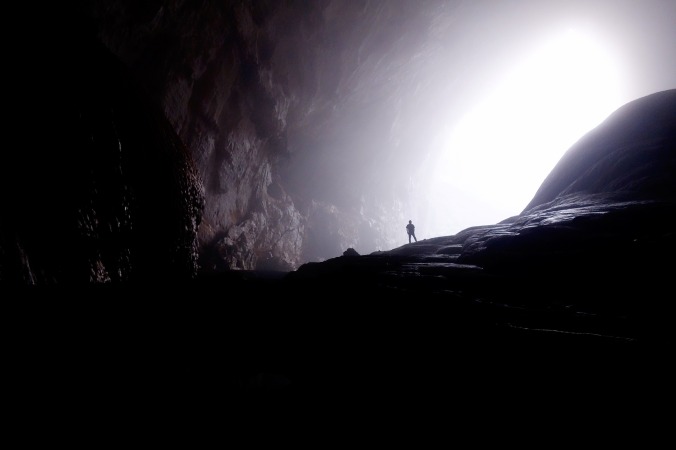 Colossians 1:13-14 “For he has rescued us from the dominion of darkness and brought us into the kingdom of the Son he loves, in whom we have redemption, the forgiveness of sins.”

Once, every one of us was under the “dominion of darkness.” Even after God’s word enlightens us, the darkness finds ways of intruding into our lives. It clouds our ability to discern between good and evil. If something is easier, or makes us feel happier, we are inclined to believe this is good. Often this is the darkness blinding us to the truth. If something requires sacrifice on our part, or makes our lives harder, we tend to see this as evil. The darkness doesn’t want us to see that it is good to be patient with others, to practice self-control, to endure hostility without lashing back.

The dominion of darkness presents an even deeper danger, however. Under its dominion, I don’t know who I am. I wouldn’t accept the truth if it were shown to me. We think we are okay just the way we are. We see little or no need to change. If not altogether perfect, our few faults may be easily excused. If we do perceive that there is a serious gap between God’s demands and our performance, we think that we have it within ourselves to close the gap. Just try harder. As someone once put it, we are like the naive plumber looking at Niagara Falls with a pipe wrench and saying, “I can fix this.” Under the dominion of darkness, Scripture passages such as, “I know that nothing good lives in me, that is, in my sinful nature,” or “As for you, you were dead in your transgressions and sins,” are speaking a foreign language. We can’t see how lost we are, unable to save ourselves.

But now, God himself has rescued us “and brought us into the kingdom of the Son he loves.” Where we stand now, God’s Son is King. In his light, we can see again. We can see that God has made us safe, not because we are good, not because we have improved, but because in God’s Son “we have redemption, the forgiveness of sins.”

In Paul’s day, “redemption” was part of the legal language for dealing with slaves or people trapped in inescapable debt. They could be released if a proper payment was made–either purchasing them out of slavery or paying off their debt. Then they had redemption and were free to go.

God’s Son, our King, is our Redeemer. In him we have redemption. Ordinarily we would think this means he dipped into the royal treasury and handed over a bag of gold coins, jewels, or something valuable. I have bonded people out of jail a few times in my ministry. It meant going to the bail bondsman and writing a check, or handing over the cash, or letting them swipe my credit card. Of course, I’m just a poor minister. A King would be in much better position to fork over the necessary dough to make this happen.

If that is what he did for us, we would have every reason to love and thank him, and follow him faithfully as our King forever. But that is not what he did. He didn’t redeem us with cash or trinkets or a credit card. He became the payment. He let himself be killed on a cross so that our debt would be paid, and we would be free to go. Abraham Lincoln described the sacrifice of the fallen soldiers at Gettysburg as “the last full measure of their devotion.” Though our King lives again, the life he gave for our redemption, and the unimaginable suffering he endured in the process, most certainly expresses the full measure of his devotion to you and me. Is there anyone else we could possible prefer as our King?

Just in case we don’t understand the nature of this redemption, Paul defines it this way: the forgiveness of our sins. We have been released from any and all of the claims against us because of our sins. The penalty has been paid. Our guilt has been removed. We are free from God’s condemnation and free to live in the kingdom of the Son he loves. That is why, as our Redeemer, God’s Son is our King.