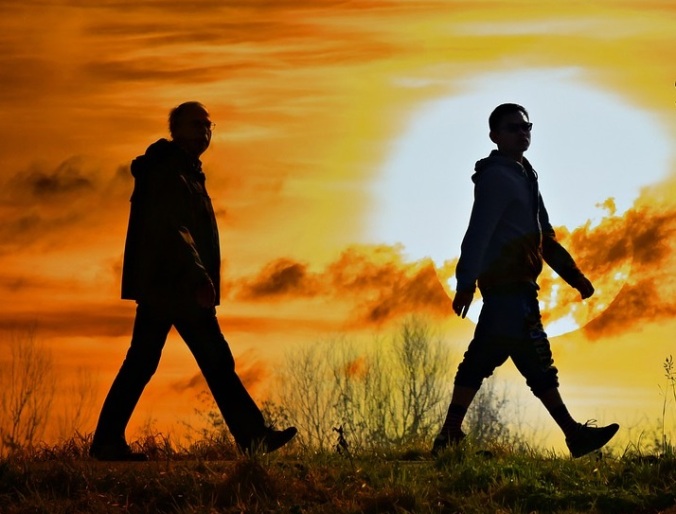 Matthew 9:9 “As Jesus went on from there, he saw a man named Matthew sitting at the tax collector’s booth. ‘Follow me,’ he told him, and Matthew got up and followed him.”

Matthew had paid a horrible price to have a life of ease. As far as his fellow Jews were concerned, he might just as well have sold his soul to the devil. He had sold it to the Romans to get rich off of tax money. Now Jesus’ call “Follow me!” meant leaving the tax collector life, with its easy money and shabby reputation, behind.”

You may be faced with the same kinds of choices Matthew had. The question then will be, “Will I follow the path of faithfulness, or will I compromise myself to follow the path of pleasure or success?” Maybe it’s money that would lead you to sell out like Matthew. Maybe it’s something else. It could be power. You don’t have to become a dictator in some third world country to abuse power. You can throw such a fit when you don’t get your way that you control the members of your own family instead of serving them in love. You get your way, but look at what it does to others.

It can be love. “How can there be anything wrong with love?” we wonder. It’s true that it’s hard to have too much of the kind of love that selflessly serves others. But the kind of love celebrated in popular songs, love for a man or a woman, can be a very selfish thing. It has led more than one person to compromise their morals for a few moments of pleasure. And that path leads to a whole host of problems– disease, premature parenthood, broken hearts, poverty, and lost respect– besides the spiritual wreckage it has caused.

In the end, it’s a question of who will lead, and who will follow. You can put yourself first, and hope that Jesus will trail behind. But I can tell you that path never leads to heaven-ever. Jesus still calls you, like he called Matthew, “Follow me.” That means leaving your self-directed and sin-directed life behind. Nothing else can be number one. Nothing else can be your first love. That’s the life we leave behind.

Do you think that Matthew regretted the change? That’s not the impression he gives “While Jesus was having dinner at Matthew’s house, many tax collectors and ‘sinners’ came and ate with him and his disciples.”

Look at the dinner Matthew held at his home that evening. Luke’s gospel tells us it was more than just another supper. “Then Levi (Matthew) held a great banquet for Jesus at his house.” Matthew’s new found life of following Jesus was a gift worth celebrating! They feasted. They celebrated. He and his friends and Jesus and his disciples enjoyed good food, good company and had a good time.

Albert Nolan comments on the meal at Matthew’s, “It would be impossible to overestimate the impact these meals had upon the poor and the sinners. By accepting them as equals, Jesus had taken away their shame, their humiliation, and guilt. By showing them that they mattered to him as people he gave them a sense of dignity and released them from their old captivity. The physical contact he must have had with them at the table…must have made them feel clean and acceptable. Moreover, because Jesus was looked upon as a man of God and a prophet, they would have interpreted his gesture of friendship as God’s approval on them. They were now acceptable to God.” This joyful meal in Jesus’ presence was a happy application of the forgiveness he would soon purchase for them by his death on the cross. This was the life they found in response to his invitation, “Follow me.”

This is still the life we find in response to his invitation to follow him. If you are following Jesus, you are doing more than learning, though you are certainly learning. You are living in the joy and blessing of Jesus’ presence. Where two are three are gathered in his name, around his word, he still promises, “There I am with them.” He still meets with those who follow him in a joyful meal where he comes to us in bread and wine to apply the forgiveness he purchased for us by his death on the cross. We still feast and celebrate that he came to live with us at Christmas, that he gave his life and rose for us at Easter. This is the joyful life we find because Jesus still calls to us today, “Follow me.”