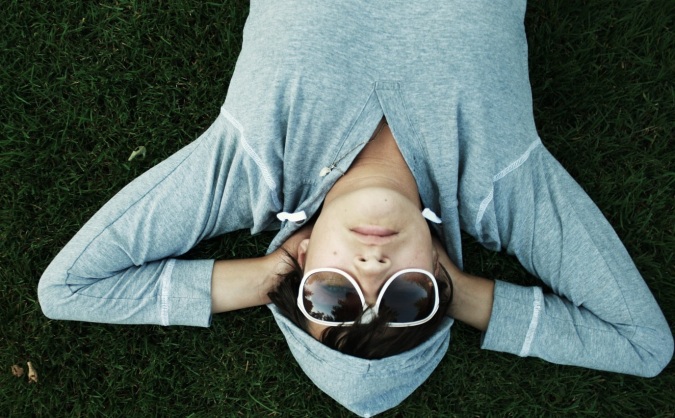 1 Corinthians 9:27 “I beat my body and make it my slave so that after I have preached to others, I myself will not be disqualified for the prize.”

Our country is becoming a more casual place. Etiquette, formality, and seriousness are out. “Do what feels comfortable” is in. We dress casual, almost everywhere. We interact casual, on a first-name basis with everyone.

Whether you find this trend towards the casual refreshing or regressive, there is one place we must agree it does not belong: A casual approach to Christianity will not do. You can no more be casual about your Christian faith and life than you can be casual on a battlefield. But we are all tempted to try.

Paul was taking his faith and life seriously when he confessed, “I beat my body and make it my slave.” He understood the serious consequences for failing to do so: “so that…I myself will not be disqualified for the prize.” He recognized a basis for his concern in Israel’s history: “For I do not want you to be ignorant of the fact, brothers, that our forefathers were all under the cloud and that they all passed through the sea. They were all baptized into Moses in the cloud and in the sea. They all ate the same spiritual food and drank the same spiritual drink; for they drank from the spiritual rock that accompanied them, and that rock was Christ” (1 Corinthians 10:1-4).

Look at the advantages God gave to the people who came out of Egypt. They all traveled under the shadow of the cloud of God’s special presence. You remember that cloud that led them, that appeared as a pillar of cloud by day and a pillar of fire by night. They themselves had walked on dry ground through the middle of the Red Sea. They personally experienced the most important act of deliverance and demonstration of God’s saving love for his people in world history before the coming of Christ!

God’s special graces didn’t stop on the eastern shore of the Red Sea. They all ate the same spiritual food, the manna God gave them in the wilderness. It’s not hard to understand how the manna took care of their bodies. But in what sense did it feed them spiritually? Moses gives us the answer in Deuteronomy 8:3, “He humbled you, causing you to hunger and then feeding you with manna, which neither you nor your forefathers had known, to teach you that man does not live on bread alone, but on every word that comes from the mouth of the Lord.” The gift of manna taught Israel a lesson in faith: Every day they must trust God to take care of their needs. They could not save manna for a month ahead, or a week ahead, or even a day ahead. If they tried it turned rotten. And every day God kept his promise, confirming that he was still thinking about them and loved them. This message behind the manna became food for their souls.

And then what happened? “They served God wholeheartedly as his obedient children and marched through the wilderness from victory to victory until they all reached the promised land.” No. “Nevertheless, God was not pleased with most of them; their bodies were scattered over the desert” (1 Corinthians 10:5). Israel took a casual approach to all the good things God had done. They overlooked God’s gracious gifts, turned against the Lord, and they died in the desert for their sin.

It shouldn’t be difficult to see the point of Paul’s little historical review: Beware of casual approach to God’s grace! We haven’t walked between walls of water, but we have seen God himself die on a cross to free us from sin. We know how he broke through the walls of his own tomb when he rose on the third day. Do you think those Israelites who walked through the Red Sea ever forgot the experience? But somehow it lost its impact on their souls. I don’t believe any of us will forget that Jesus sacrificed himself for us on a cross and took his life back three days later. But somehow we lose our sense of wonder at it. We stop marveling. It doesn’t seem so important anymore.

Israel got used to the idea that the miracle of manna would be there day after day. They even got tired of it. We get used to the idea that there is church this week, and next week, and every Sunday after that as far as we can tell. And dare I say it–sometimes we even get tired of it? Such a loss of appreciation for God’s saving grace, such a casual disinterest in the sacrifices God has made to rescue from the eternal night of death, is death to our faith. It is dangerous to overlook God’s gracious gifts!