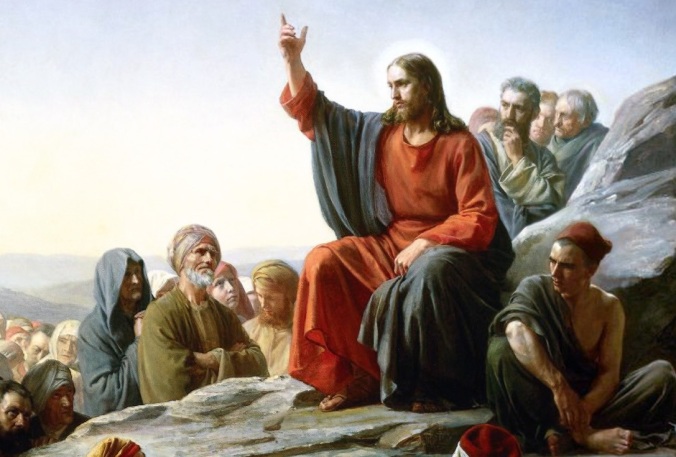 Mark 1:21-22 “They went to Capernaum, and when the Sabbath came, Jesus went into the synagogue and began to teach. The people were amazed at his teaching, because he taught them as one who had authority, not as their teachers of the law.”

The teachers of the law, also known as the Scribes, should have been unmatched authorities on the Old Testament Scriptures. They copied them by hand, word for word, letter for letter, for a living. They followed precise rules to ensure their accuracy, even counting the number of individual letters of the alphabet in the manuscript they had just copied, and in the copy they had just made, and making sure they came out exactly the same. As a result, they went through the Old Testament with a fine-toothed comb over and over again. As a result, they became quite knowledgeable about the contents of the Old Testament books.

Unfortunately, most of them were interested in the wrong things about God’s word. The prevailing religious theory of the time was that God gave the Bible primarily as an instruction manual for holy living. They believed that if you followed its rules closely and carefully, you could actually live a life that would make God pleased with you. They gleaned the pages of Scripture for better laws, for hidden principles of holiness. They tended to overlook those passages that promised God’s grace.

Maybe you can guess where that emphasis led them. A sober and honest study of God’s law always confronts us with how impossibly hard it is for us to keep it the way God demands. If we think that we can and must keep all those commands for God to love us, then it won’t be long before our study of Scripture becomes a search for every loophole to excuse our bad behavior. That’s what happened to the Scribes. Instead of listening to what God said about loving your wife and being faithful to her, they tried to squeeze every excuse for divorcing her out of Moses and the prophets that they could. Instead of loving and forgiving the people who got under their skin, they tried to develop a list of acceptable insults and unacceptable insults. They became closet relativists. As they debated how far you could go, how much you could get away with, and developed lists of man-made applications, they spoke with less and less certainty. They referred to God’s word, but they no longer actually spoke it with authority.

Don’t we become guilty of doing the same thing? Don’t we go on spiritual and biblical searches for how much we can get away with in an attempt to justify ourselves? Christian teens debate “how far is too far” with members of the opposite sex before marriage. Is there some virtue in pushing that line? Christian young adults may define and redefine what it means to be “drunk.” Scripture does not prohibit alcoholic beverages altogether, but is it ever good to drink a six pack an hour? Would you down six baked potatoes like that? I have heard Christian adults try to defend a home-made definition of “personal income” that differs from the IRS when doing their taxes, or talk about figuring their “tithe” for church as though they were following some spiritual version of form 1040, complete with deductions and credits. What does that have to do with “God loves a cheerful giver”? That kind of unprincipled rummaging around in Scripture to justify ourselves may make us experts in a theology of loopholes and excuses, but it hardly makes a people who speak God’s word with authority.

The people who heard Jesus, on the other hand, noted that our Savior speaks with authority. What made his preaching and teaching different? Certainly he was more knowledgeable than anyone else about the contents of the Old Testament. It was all his word to start with. But it also had to do with how he used it. If we back up a few verses, we get a little summary of how Jesus preached. “The time has come. The kingdom of God is near. Repent and believe the good news.”

When Jesus preached God’s law, he didn’t preach so that people could justify their behavior. He didn’t debate loopholes and excuses. He called a spade a spade. He preached with certainty. And he called people to repent. He laid God’s word on their hearts, and exposed the shortcomings of us all, like John the Baptist did, and the Old Testament prophets before him.

But that would have been nothing but a theology of hopelessness and despair without, “Believe the good news.” Jesus preached the love of God with certainty–no “if you do this” first. God loves you and wants to make you his own today. He proclaimed the forgiveness of sins to the prideful and the pitiful. Like the psalmist said, “If you, O Lord, kept a record of sins, O Lord, who could stand? But with you there is forgiveness. Therefore you are feared.” Jesus could and did point to himself as living proof that God keeps all his promises to us. God had promised a Savior to rescue his people. Jesus could say, “I am the Good Shepherd. The Good Shepherd lays down his life for the sheep.” God had promised his people eternal life and victory over death. Jesus could say, “I am the resurrection and the life. Whoever believes in me will live, even though he dies.” Our Savior speaks the good news with certainty that human authorities did not and cannot match.