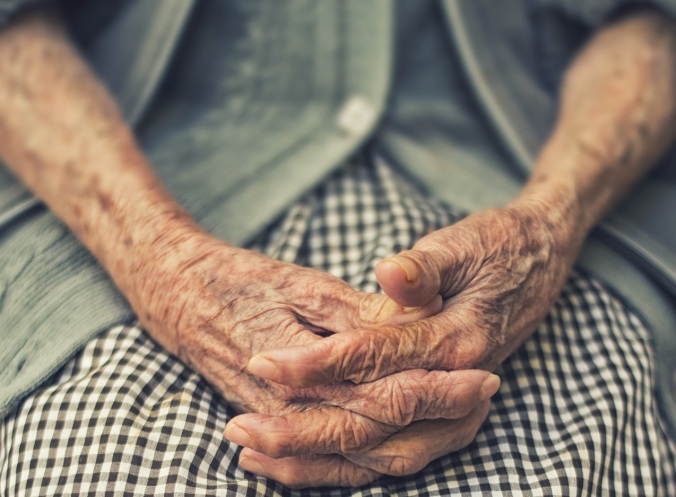 Mark 1:40 “A man with leprosy came to him and begged him on his knees, ‘If you are willing, you can make me clean.’”

After Jesus’ own prayer, the Lord’s prayer, this is as fine a prayer as you will find in Scripture. There are many things here worth emulating in our own prayers.

The man with leprosy’s demeanor and posture reveal the sincerity and humility of his prayer. He doesn’t mumble half-heartedly through something he memorized or read. Don’t get me wrong. There is a time and a place for memorized or written prayers. They can teach us what to pray. They make it easier to pray as a group. But it is also easy, and you know this, to stumble into the pitfall of putting our minds and hearts into neutral and coasting through the words without paying attention to what they say. Then we aren’t praying at all.

This man is begging Jesus for help, pleading with him. His heart and mind are engaged as well as his lips. He is on his knees acknowledging Jesus’ greatness and his own lowliness. He is not exercising a right he has earned or a favor he is owed. He is certainly not barking orders to an inferior. He is on his knees, the proper place for sinful servants like us when seeking our Master’s mighty love.

The words of the prayer, too, are an admirable example of humility and faith. “If you are willing, you can make me clean.” “If you are willing.” He will submit to whatever Jesus determines is best. If Jesus’ decides it is best for him to carry this cross of leprosy longer, he will not argue, even if it kills him. It is a refreshing contrast to so many prayers which seem to have as their aim pushing God off his throne and seating us there, dictating acceptable terms to him, holding him hostage to our whims and limited view.

Nor is this surrender to Jesus’ will any indication of doubt that Jesus has the power he needs to help. “You can make me clean.” That is faith. That is complete confidence in Jesus’ power. Maybe that seems easier when the living, flesh and blood Jesus is standing right in front of you with examples of his miracle working, mighty love all around you. When we pray, we need to believe that Jesus is not just the imaginary friend we talk to because it makes us feel better. We need faith and confidence like Paul wrote the Ephesians, “He is able do immeasurably more than all we ask or imagine, according to his power that is at work within us.”

Now Jesus demonstrates the mighty love that inspired such a prayer in the first place. “Filled with compassion, Jesus reached out his hand and touched the man. ‘I am willing,’ he said. ‘Be clean!’ Immediately the leprosy left him and he was cured” (Mark 1:41-42). Jesus was filled with compassion. It’s more than an intellectual concern. It is a visceral and heartfelt response to the leper’s miserable condition.

Jesus may allow us to feel pain in our lives when he thinks it will serve us. But don’t think that he is indifferent to our suffering. Especially, don’t imagine that he finds some pleasure in it. He is filled with compassion. He gives our hearts all the more reason to respond to his mighty love with prayer.

Then he gave this healing his own special “touch.” “Jesus reached out his hand and touched the man.” You probably know that leprosy was contagious, incurable, and that it made a person spiritually and ceremonially “unclean.” You can imagine the crowd that was watching wincing, holding their breath, shocked as Jesus’ hand reached forward and made contact with this leper’s skin. But this simple act underlines his love all the more.

Jesus saw a man who had not experienced human touch in who knows how many years. They say that orphaned infants who do not receive regular touch and affection from their care givers have actually died from lack of affection. Jesus didn’t have to touch him to make his leprosy go away. He could have simply given the command. But he gives the man this gift as well. He touches the untouchable, because he is concerned about the whole man–heart, mind, faith, as well as body. He gives what we don’t even know to ask—still more reason to respond with our prayers for his compassion.

Finally, he demonstrates the power that accompanies his love. “Immediately the leprosy left him, and he was cured.” The healing was complete and immediate. He who created the universe, united God to his own creation in a human body, and raises the dead doesn’t break a sweat. He isn’t even challenged by driving a disease like leprosy from a body.

We can be sure that our prayers for his compassion will never be too much for his power or love, either.