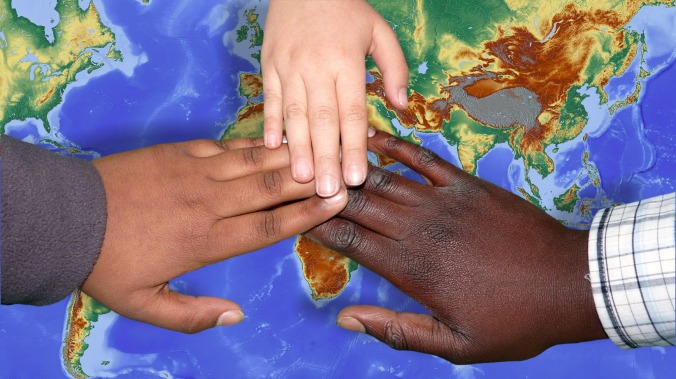 Matthew 28:19 “Therefore go and make disciples of all nations…”

I know of no place on the planet where people don’t believe in a god, or gods. I have watched and listened to dozens of missionaries home to show their slides and tell their stories. Inevitably, they get to the part about the native religions of the people they are trying to evangelize–the Shinto shrines of Japan, the witch doctors and spirit worship of Central Africa, Voodoo religions of the Carribean, Buddhist temples in Thailand, nature worship among Native American tribes, militant Islam in Indonesia.  In no case have they been sent to a people to whom “religion” or “god” is a new concept.

For this reason, some have questioned the need or propriety of trying to bring our God and our faith to them. Ernst Wendland served many years as a missionary in Zambia. He told my seminary class about a conversation he had on a flight back to Africa after a little time off in the U.S. The man sitting next to him challenged the need for mission work. “Here is the simple native with his simple religion. He has his little altar and leaves gifts of food for the spirits of his ancestors. He is sincere and pious in the way he practices his faith. Why would you want to come and disturb all that?” he asked.

“The reason,” Professor Wendland said, “is that that man lives in mortal fear of those spirits. Every day he wonders what they are going to do to him. He has no peace. He knows no Savior.” Realizing that there is some kind of god or gods is not the same thing as knowing that there is Father in heaven who made you and loves you, a Son who gave his life to save you from sin, and a Spirit who brings this peace to your heart. That is why Jesus said, “Go and make disciples of all nations,” no exceptions. Our disciple-making mission is to all nations. He wants every kind of people. He is not just our God. He is the only God for everyone.

Not only does “all nations” remove all race discrimination from our disciple-making mission. It removes all age discrimination as well. Within Christianity, some question the necessity of making disciples of the youngest–our children and infants. “They are too young to understand it, too innocent to need it, and we have no Biblical example to support it,” they claim.

But faith is not first about knowledge. It’s about trust. You think an infant doesn’t trust its mother? Try taking it from her arms. If they are completely innocent, then why do even the youngest sometimes die? The wages of sin is death. And though we have no story in the Bible about the baptism of an infant, we have no story in the Bible of the baptism of an American, either. That hasn’t stopped us from making them disciples, baptizing them, and teaching them the word. “All nations,” Jesus says. Our disciple-making mission is also to the very youngest. “From infancy, you have known the Holy Scriptures which are able to make you wise for salvation through faith in Christ Jesus,” Paul wrote Timothy.

So Jesus tells us “Go.” Go to your agnostic neighbor with the Ph.D. whose skepticism seems impregnable. Go to the scowling high school drop outs with their bling and their baggy pants hanging half way down to their knees. Go to the people whose political views make you wonder if they come from another planet. And where you can’t go, send others. Go to the remote tribes who would rather eat the missionaries than listen to them. We go to all nations, because Jesus is the Savior of them all.