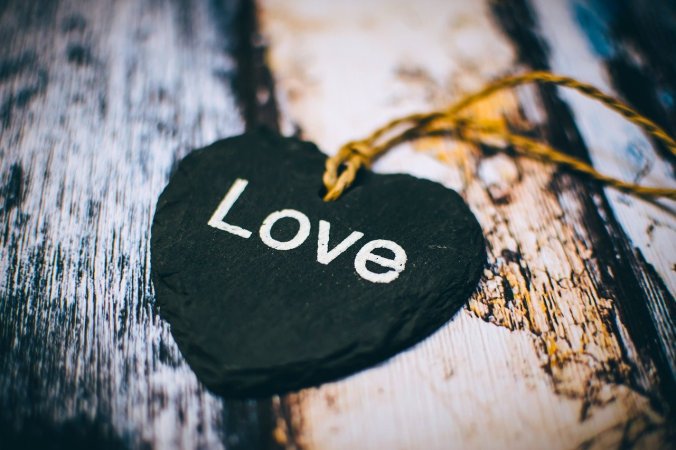 1 Corinthians 13:1 “And now I will show you the most excellent way. If I speak in the tongues of men and of angels, but have not love, I am only a resounding gong or a clanging cymbal.”

The Holy Spirit gave some of the people in Corinth the ability to speak in different languages. This “speaking in tongues” was miraculous, not natural. It became a coveted gift on which many of the Corinthians put a higher value than was warranted.

When some of these people used this ability in their worship services, it drew attention to them. It set them apart. Though many could not understand what they were saying, all understand that God had given them a miraculous gift. Those who could do it were proud of their ability. Those who could not envied them.

We face similar temptations when someone is gifted with an unusually beautiful singing voice, or an unusually eloquent way of speaking. They are a pleasure to listen to. Not everyone can do these things. When those who can use their gifts, it draws attention.

Paul did not tell these people to stop using their gift. But living the Christian life is more than the miracle of speaking in tongues. Love, he says is the most excellent way. Without it, we have a problem. “If I speak in the tongues of men and of angels, but have not love, I am only a resounding gong or a clanging cymbal.” The gift is valuable only if love is driving it.

In this same chapter Paul defines love for us. Those are the words from 1 Corinthians 13 we know best. They have been read and preached at a million weddings: “Love is patient, love is kind. It does not envy, it does not boast, it is not proud,” and so on. Without looking at each word in detail, we might summarize this way: “Love is not concerned with self. Questions like ‘What about me?’ or ‘What about my rights?’ or ‘Don’t I matter?’ or ‘How come I can’t have what I want?’ don’t even occur to love. Love has one thing in mind: “What will serve others? What will do the most good?” That’s not the same thing as “What will make them happy? How can I give them what they want?” Love is concerned with what benefits the people around me, even if that makes them stop liking me.

This kind of love is best illustrated by Jesus’ saving love for us. Jesus’ tongue had miracle-working powers. His words once called the universe into existence. They called the dead back to life. They tamed storms and drove out demons and healed diseases.  Jesus’ miracles often brought him attention from the crowds. But our Savior was no publicity hound. He did not covet large crowds to admire him for his special abilities. He downplayed the miracles. He told people to stop talking about them. At times he avoided the crowds who kept coming to see another miracle.

Jesus loved them, as he loves us. His interest in doing miracles was only to end their suffering, and open up the door for people to see that he could do something much greater for them. So he took the blame for the great crimes and petty sins we have committed. He shouldered the guilt for the sins of the world. He allowed the misguided authorities of his day to deprive him of his freedom, his dignity, justice, and, ultimately, his life on the cross. There was no “What about me or my rights? Don’t I matter?” Why? He loved us, and this was the only way to secure forgiveness for our sins and save us from hell. John later writes, “This is love: not that we loved God, but that he loved us and sent his Son as an atoning sacrifice for our sins.”

When that kind of love was combined with the miraculous ability to speak in other languages by the people of Corinth, when it is still combined with a voice that sings sweetly or speaks eloquently, God’s people are served. One who can speak in another language uses it to evangelize those who speak it naturally. Those who sing do so to glorify God, not themselves. The gospel, the saving Word of God, is delivered to hearts and minds in a way people can understand and will remember. Jesus becomes greater. We, the messengers, become less. Faith grows. Salvation spreads. More than miracles, love is the most excellent way.

But when I have not love? “I am only a resounding gong or a clanging cymbal.” When all I do is draw attention to myself, it’s just noise. No one is served. Silence would be preferable. Love, the most excellent way, makes all the difference.