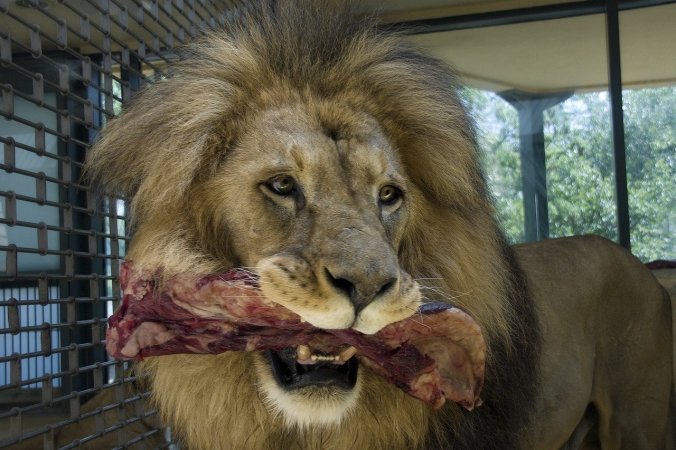 1 Corinthians 15: 54-57 “When the perishable has been clothed with the imperishable, and the mortal with immortality, then the saying that is written will come true, ‘Death is swallowed up in victory.’ Where, O Death, is your victory? Where, O Death, is your sting?” The sting of death is sin, and the power of sin is the law. But thanks be to God! He gives us the victory through our Lord Jesus Christ”

Paul pictures death completely devoured. It is as if a hungry animal swallowed it whole and didn’t leave a trace.

Isn’t that an interesting twist? In other places the Bible pictures death as the hungry animal. It eats and eats and never has enough. “There are three things that are never satisfied, four that never say, ‘Enough!’: the grave, the barren womb, the land, which is never satisfied with water, and fire, which never says, ‘Enough!’” (Proverbs 30:15-16). The grave never stops consuming. There are never so many dead people that death can’t take anymore. Isaiah says something similar: “Therefore the grave enlarges its appetite and opens its mouth without limit; into it will descend their nobles and masses…” (Isaiah 5:14). Far from being satisfied, death seems to get hungrier and hungrier.

Death has lost its stinger. Sin was the venom that poisoned us. Sin injected death into our lives. The reason sin was so potent was the way that it reacts with the law. God wrote the law on our hearts and in his word. When sin came into contact with the law, there was a violent reaction. We were turned into rebels and lawbreakers. We were turned against God. That leads to death.

But by his death on the cross, our Savior has taken all sin away. The stinger has been removed. When Jesus crushed the serpent’s head, he broke his venomous fangs as well. Death is on the losing side in this contest, and its hunger for us will never be satisfied. Jesus assures our victory.  These lives and these bodies are not ones death will get to keep.