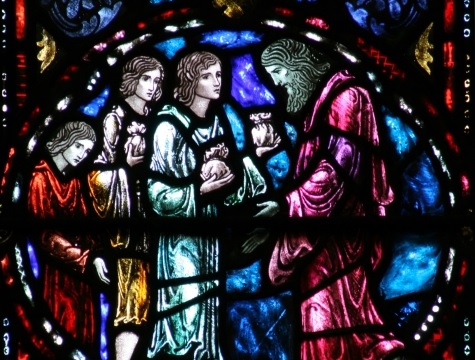 1 Peter 4:10b “Each one should use whatever gift he has received to serve others, faithfully administering God’s grace in its various forms.”

The NIV translation is a little free at this point. “Faithfully administering God’s grace” reads more literally, “a good steward of God’s grace.” As much as it wants to emphasize what you do, it wants to describe who you are even more. When you use your gifts to serve, you are a God’s steward, a good steward who cares for God’s gifts the way he intends.

Stewardship is not a new concept to most of us around the church. In the household of a wealthy man, the steward was the master’s most trusted servant, the one to whom he could entrust everything else he owned. Joseph was the steward in Potiphar’s house. Joseph was responsible for overseeing and taking care of everything Potiphar owned.

It comes as no surprise that God asks us to trust him. No being has ever proved more trustworthy than our Lord who still loves us even when we have despised him, graciously saved us from our sin, and faithfully provides for us every day. What’s not to trust? Peter is right when he says two chapters earlier, “The one who trusts in him will never be put to shame” (2:6).

It beggars belief that God should trust us as his stewards. But that is exactly what he does. And the trust he has placed into our hands affects more than the smooth running of a home or the success of a business. How we use his gifts to serve others, whether we use his gifts to serve others, can affect the eternal fate of the souls he died to save.