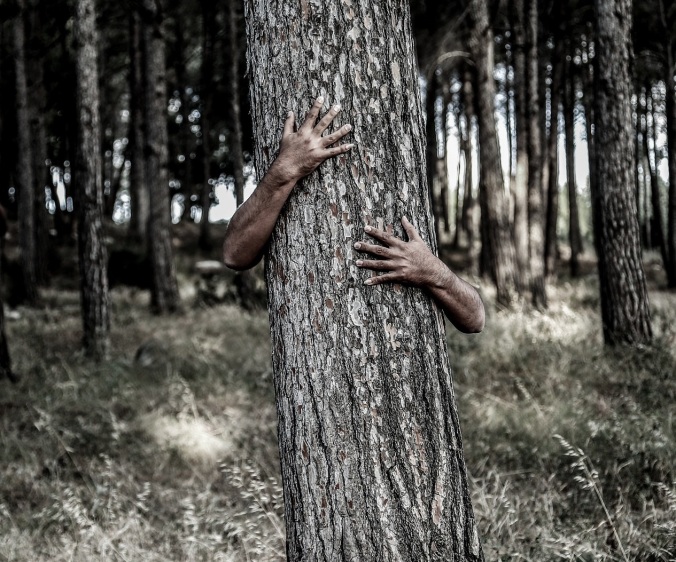 Matthew 26:21-24“When evening came, Jesus was reclining with the Twelve. And while they were eating, he said, ‘I tell you the truth, one of you will betray me.’ They were very sad and began to say to him one after the other, ‘Surely not I, Lord?’ Jesus replied, ‘The one who has dipped his hand into the bowl with me will betray me. The Son of Man will go just as it is written about him. But woe to that man who betrays the Son of Man! It would be better for him if he had not been born.’”

Sin never makes sense, and no one ever truly gets away with it. Sometimes this is demonstrated clearly, as in the case of the bank robber who handed a teller a note claiming he had a gun and demanding money. But he wrote the note on one of his own bank deposit slips, with his name, address, and phone number clearly printed on the other side. The police were waiting for him in his own house before he got home.

Judas should have known better than to think he could hide his sin. Any Jewish boy knew what the Old Testament Scriptures said about the all-seeing, ever-watchful eyes of God. Psalm 139 asks, “Where can I flee from your presence? If I go up to the heavens, you are there; if I make my bed in the depths you are there.” God asked through Jeremiah, “Am I only a God nearby,” declares the Lord, “and not a God far away? Can anyone hide in secret places so that I cannot see him?” declares the Lord. “Do not I fill the heaven and the earth?” declares the Lord.”

As one of Jesus’ followers, Judas had seen those all-knowing, ever-watchful eyes in action. How many times hadn’t Jesus known the thoughts of his enemies and answered their complaints even before they spoke? This very week, Jesus had told his disciples exactly where to find the donkey on which he would ride into Jerusalem. This very day, he had told two disciples that a man carrying a jar of water would lead them to the house where they could prepare the Passover. Jesus knew. Could Judas really believe that Jesus would not know his betrayer? Does this not reveal the foolishness of Judas’s sin?

Judas has been villainized and criticized for his sin. He has become an easy target. But don’t our sins betray our Savior, too? Are we less foolish when we think we are acting in secret? The man traveling on business who chooses to watch the adult programming available on his hotel room TV is no less known to Jesus than Judas was. The teens who think they are sneaking the booze past their parents aren’t sneaking it past their Savior. The unmarried couple who feel that what they do in private is no one else’s business should know that the heavenly Father has still made it his. The malicious gossip and nasty tales people tell may go no farther than the next person, but that doesn’t mean that our Lord doesn’t hear.

Ask yourself this question: Why did Jesus reveal that he knew what Judas was going to do? What purpose could it possibly serve? Jesus wasn’t going to change his own plans that night. “The Son of Man will go just as it has been written about him.” The other disciples were in no position to make use of this information. What Jesus said, he said especially for the sake of Judas. Jesus was giving Judas a chance to repent.

The full implications about our Savior’s grace do not strike us until we realize Jesus fully knew that Judas would not repent. Judas kept up his hypocritical charade until the very end. Judas followed through with his plan by betraying Jesus with a kiss. Jesus knew. Still, Jesus gave him a chance. Forgiveness was there, waiting for Judas to repent, even though Jesus was certain Judas would not. Aren’t we right to conclude that such a Savior would never give up on you or me, either?

Jesus knew his betrayer, but he knew so much more. He knew the price he would pay in the coming night and the coming day. He knew about the scourging and the crucifixion. He knew that he would be forsaken by his Father in heaven. Still, “The Son of Man will go just as it is written about him.” Betrayer, or no betrayer, Jesus was willing. He was determined, on this night, to offer his life in place of ours as the atoning sacrifice for our sins. The determination we hear in these final warnings to Judas reveal the graciousness of our Savior to you and me, too.