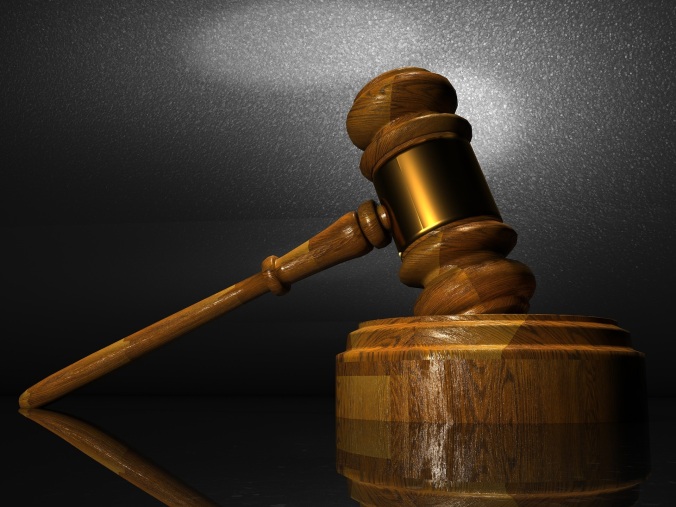 Romans 4:25 “He was delivered over to death for our sins.”

While Pontius Pilate fumbled around with the case against Jesus in front of him, God’s court of law passed down a very clear verdict of guilt. It was a verdict Jesus had not earned, but a verdict to which he willingly bowed. God declared him guilty of the sins of the world. In God’s court of law, Jesus was the guiltiest man alive.

That means Jesus was guilty of the very sins his enemies committed against him–the betrayal of Judas, the denial of Peter, the cowardice of the disciples, the injustice of Pilate, the hatred of the Jewish leaders. The suffering they imposed on his body was at the same time being laid on Jesus’ account, and he became guilty of committing the same cruel acts he had to bear.

Even more, Jesus became guilty of the worst atrocities ever committed. In God’s eyes, Jesus was personally responsible for the death of millions of people in two world wars. Jesus raped and murdered helpless women and children in war-torn Syria. Jesus designed and carried out terrorist attacks across Western Europe and the United States: The Boston Marathon, Brussels, Paris, San Bernardino, the Parliament building in London. Jesus deceived people into believing in Baal, Buddha, Mormonism, atheism, and the New Age movement. Jesus is guilty of drug abuse, acts of prostitution, thieving, torture, and cannibalism.

It’s hard to think about him that way, isn’t it. But the guilty verdict he received strikes much closer to home than that. As far as God is concerned, it is Jesus who glanced in the rear view mirror for a second look at the lady in the short skirt on your way home from work today. It is Jesus who lost control of his tongue and vented his emotions when you screamed at your parents after school. It is Jesus who trusts God so little and worries himself into ulcers or heart palpitations when life scares you so much. It is Jesus who is holding the grudge when you are refusing to forgive. That is what Paul means when he says, “God made him who knew no sin to be sin for us.” That is what Isaiah had in mind when he wrote, “The Lord has laid on him the iniquity of us all.” God said Jesus was guilty of our sins–a verdict he did not deserve.

But because he does, God promises us his grace, a gift of love and forgiveness that we have not deserved, either.