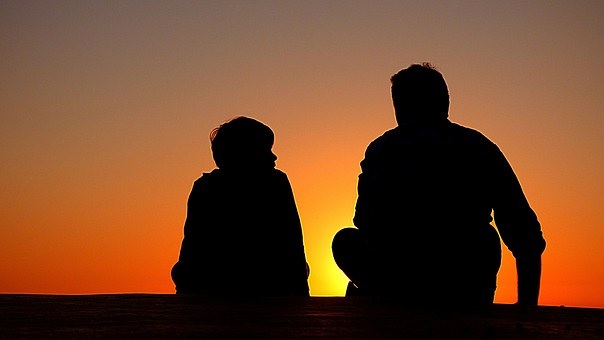 Matthew 21:28-32 “What do you think? There was a man who had two sons. He went to the first and said, `Son, go and work today in the vineyard.’ `I will not,’ he answered, but later he changed his mind and went. Then the father went to the other son and said the same thing. He answered, `I will, sir,’ but he did not go. Which of the two did what his father wanted?” “The first,” they answered. Jesus said to them, “I tell you the truth, the tax collectors and the prostitutes are entering the kingdom of God ahead of you. For John came to you to show you the way of righteousness, and you did not believe him, but the tax collectors and the prostitutes did. And even after you saw this, you did not repent and believe him.”

“What do you want from me?”

It is an expression of frustration.  “What do you want from me?” is a way of saying, “I think that I am already doing my share, and I don’t understand what your expectations are. Tell me what you expect so that I know what to do. And don’t expect more from me than I can do.”

Two sons are asked by their father to do the same thing. One says he won’t, but changes his mind and goes to work. One says he will, but never does anything.

Neither of these two sons did exactly what their father wanted. Undoubtedly the father wanted them to be willing to obey him right away, to agree to go to work, and then to put their money where there mouth is–to go out and get to work.

Jesus’ parable reflects life in a less than perfect world. Sinful people resist God at first. Law and Gospel can lead them to experience a change of heart worked by God’s love and forgiveness, and to strive to serve God as a way of demonstrating such a change of heart. We call that “repentance.”

Some people say things which seem to indicate their hearts are already with God. They talk about their relationship with him all the time. The find a way to mention “Jesus” with every breath. There are so many ways in which they say they are eager to serve him.

But nothing ever gets done, and nothing ever changes. The problem is not so much with what they do (or fail to do). That is only a symptom. In spite of all their talk, their actions reveal a heart problem. They do not love God, they do not trust him, and all their worthless words are just a cover up.

All are sinners. None are perfect. No one pleases God with his own life. “Which of the two did what his father wanted?” Jesus asks concerning the two sons. Applying the parable we might ask, “What does God want from me?”

The answer is found in the example of the first son. God asks for only that which he himself gives. Repentance is his work, not ours. After his love has changed our hearts and minds, we, too, will go and work. But unless that heart has first been changed, even the “good” works we appear to be doing are no service offered to God. The problem with the lives of the Pharisees of Jesus’ day was not a lack of “religious” work. They were very busy. Their problem was that all their “service” did not truly serve the Father, because the heart from which it came did not love him.

You and I daily hear God’s call to love him and love others, and we daily say “I will not” to his commands. Harsh words, lazy indifference to the needs of others, impure thoughts, self-gratifying priorities, and our personal list of favorite sins are all ways in which we refuse to go and work in his vineyard with love. Repent. Our God is a Father who freely forgives and always loves. Believe. God’s love for us in Christ will change our hearts and change our minds. Then we will go and serve.