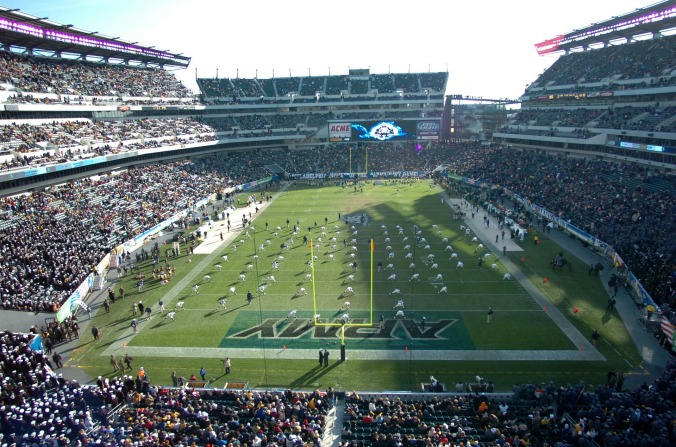 Philippians 3:1 “Finally, my brothers, rejoice in the Lord. It is no trouble for me to write the same things to you, and it is a safeguard for you.”

You are all intelligent people. Seventy years from now you will still know that the cross is the place where Jesus died; that he died on that cross as our substitute; that he satisfied everything God demanded for our salvation; that God forgives our sins as a result; that all of this is a gift–not something we earn or pay for ourselves. You will remember this even if you never hear it mentioned again.

But what if we don’t keep talking about this same old thing like it is our greatest treasure, the most important thing in our lives, the one thing that always makes a difference? Will the gospel become little more than facts we learned a long time ago, something that we used to believe?

Let me illustrate with an example from sports. You know a large number of people who are fans of football. They never tire of watching their teams or talking about them. If you asked them whether they were going to watch their team on a Saturday or Sunday afternoon, they would never say, “Nah, it’s always just the same old thing. They throw some passes. They run some running plays. I don’t need to see that again.” When the game is over, some of them will spend far more time than it took to play the game talking about the great plays and the bad plays, questioning the coach’s decisions, accusing the referees of criminal incompetence.

What happens if you move some of those people someplace where they can’t see their favorite teams play anymore? What if they can’t listen to the games on the radio, and no one else cheers for their team? Neither the newspapers nor the evening news ever make mention of them. What if they move half way around the world, where not only has no one ever heard of their favorite team, but the sport they call “football” is played with a round ball and a goalie?

Some of them may remain fans until the very end. But many of them will begin to lose interest. Their tastes will change. They will remember that there was a time when they thought that watching football and pulling for their team was important, but not so much anymore. Not only might they be cheering for a different team. They might be following an altogether different sport.

You and I are more than Jesus’ fans. We have trusted him with our lives and our eternal destinies. The things that Jesus has done to save us, the grace and love that you have come to know from going to church and studying the Bible, deserve your ongoing attention. They are worthy of your interest and fascination. They call for your unending exploration and discussion.

Then not just your knowledge, but your faith will stay in place as long as you live. It is a joy for those who preach, as it was a joy for Paul, to give you these same old things, because this is a safeguard for you.