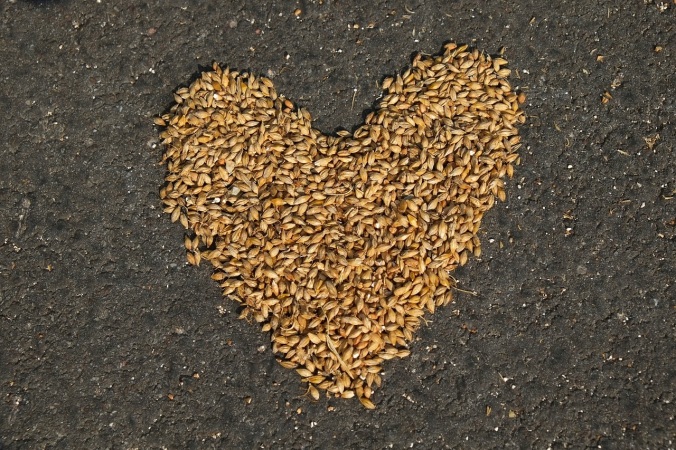 How the people of Israel celebrated the Feast of Weeks or Pentecost did not affect the harvest they had just reaped. By the time of the feast, most of the grain was in the barns. The things God asked them to do in celebration of this feast were not some sort of payment for what they had received. The harvest was in, and nothing would change that.

Rather, the offerings the Lord asked them to bring were to be a response. They were a token of appreciation for the goodness he had shown to them. They were a symbol that the people had given the Lord something much more interesting to him than the offering. What he wanted was their hearts.

This is why the Lord describes this offering here as a “freewill” offering. There was not some specific amount that God demanded they give. He didn’t even indicate what percentage. They were to make up their minds in their own hearts and give what they were moved to give.

That doesn’t mean that the Lord gave them no guidance whatsoever. He does say that the offering is to be “in proportion to the blessings the Lord your God has given you.” Some years the harvest would be bigger. Some years smaller. Some individuals would have more productive fields, others less so. If God’s people had truly given him their hearts, if they realized that without him they had absolutely nothing, if they were full of the realization that once again he had given beggars like them bread for another year, and even more than they needed, then their offerings would reflect that they both understood and returned his love.

This part of the feast presages how Christ wants the work of taking the gospel to the world supported. In the New Testament, we have no “temple tax.” Although you may hear Christians speak of “tithing,” strictly speaking, there is no “tithe” demanded anymore. God has not attached predetermined percentages to the offerings we bring. They are, like the offering at the Feast of Weeks, “freewill.” As Paul tells us, “Each one should give what he has decided in his heart to give, not reluctantly or under compulsion, for God loves a cheerful giver.”

Since this is the case, our offerings are a reflection of our hearts. What does our giving say about us? The average active Christian family gives between 2 and 3 percent of its income for the Lord’s work. They spend more on entertainment. Does that mean that our average family ranks God somewhere behind TV, movies, sports, and weekend trips to the amusement park? Some reach the ten percent mark in their giving. They see no need to grow beyond this. Does that mean we limit the place the Lord holds in our hearts? I have heard some Christians complain that the church seems perpetually needy. But to whom are we really giving: an institution, or our Lord?

When our hearts have become small, and cramped, there is little room for our Lord there. Then there is only one thing we can do. Look back at the goodness he has shown to us. He has not just given us a harvest. He has made us a part of it. By sending his Son, and forgiving our sins, and bringing us to faith, God has gathered us to himself. We are a unique harvest he does not intend to sell by the bushel, or consume through the winter, or store away in barns. He treasures us for himself and gathers us into his own home to live with him forever.

Hearts that are full of God’s generosity to us will overflow with generous offerings to him in response.