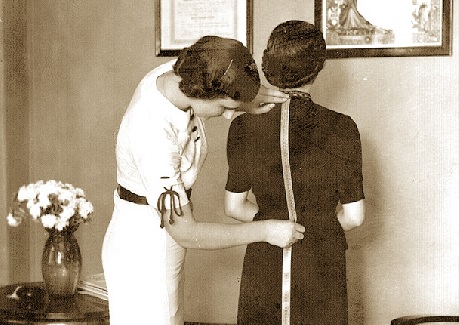 Mark 7:31-34 “Then Jesus left the vicinity of Tyre and went through Sidon down to the Sea of Galilee and into the region of the Decapolis. There some people brought to him a man who was deaf and could hardly talk, and they begged him to place his hands on the man. After he took him aside, away from the crowd, Jesus put his fingers into the man’s ears. Then he spit and touched the man’s tongue. He looked up to heaven and with a deep sigh said to him, ‘Ephphatha!’ (which means, ‘Be opened!’).”

Why the difference? The healing of this deaf man helps us see that Jesus’ care and concern for each individual whom he helps is personal. This man was deaf, so his friends could not tell him, “We are taking you to Jesus to get help.” He had literally never heard of Jesus. In the hustle and bustle of the crowd, this man could well have been confused about what was happening, and who was helping him. So Jesus takes him aside where he can be sure that he has the deaf man’s attention.

Then Jesus wants to communicate to the man what he was about to do. He doesn’t want the man to think that his condition spontaneously changed. He should know that Jesus is the loving Savior who has helped him. But how does one tell this to a deaf person before the invention of a standard system of sign language? Jesus’ series of gestures tells the man what he needs to know. The fingers in the ears, the spitting, touching the tongue–all of this indicate that something is going to happen to his ears and mouth. The look to heaven indicates divine power at work. The great sigh perhaps even communicates the great heart of love out of which the gracious gift would flow. Jesus has tailored the details of this healing to show his concern to this man in a very personal way.

Jesus’ concern for us is still so personal. His help, his love, his involvement in our lives is still tailored to fit each of us in a unique and individual way. Isn’t it strange, then, how often we feel that the only time God is singling me out for special treatment is when I think he has singled me out to make me suffer. We dwell on our discontent. Everyone else is healthier than me, wealthier, prettier, more successful, smarter, more athletic, more artistic, happier, more popular, or more gifted. “Nobody,” we tell ourselves, “has to put up with what I put up with.” At best, we begin to doubt God’s intelligence or his love. And doubt is the opposite of faith. Worse yet, many times people are angry at God. No one likes to admit it. They say that they are mad at their boss, mad at their spouse, mad at their parents, mad at society, mad at their “situation.” But probe and prod, and we find that we are actually mad at God, because his perceived mistreatment of us feels so personal.

The truth is, Jesus has designed a plan to care for us and love us that fits each one of us to a “T.” And he never wavers, he never strays from the path, in putting that plan into effect. Even our salvation fits us so well. Maybe it seems that salvation is more of a generic, unisex, one-size-fits-all affair. The same Savior carried everyone’s sins to the same cross, where he suffered the same punishment for them, and purchased the same forgiveness in dying the same death, after which he offers the same eternal life by his same resurrection from the dead.

But if that same solution works for every one of us, it is because we all shared the same need. Christ’s love is such that he would have willingly, even gladly, died for any one of us, even if I were the only one who ever sinned. God so loved the world that he gave his one and only Son. But he also gave him for me. Our Good Shepherd calls his sheep by name. He knows his sheep and his sheep know him. That’s the Good Shepherd who lays down his life for the sheep.

So Jesus also has tailor-made a life for each one of us in which just the right people have been involved to bring us the gospel at just the right time. Just the right crosses have been fashioned to fit us and keep us in humility, and make us aware of our never-ending need for the Savior whose blood has bought us and whose power sustains us. He brings us relief just when it serves us best. We can trust the choices Jesus makes for our lives, because his concern and care for us is so personal.

One thought on “Jesus Gets Personal”